Lloret and its ‘Indianos’

Before tourists discovered the beauty of Lloret de Mar’s beaches and coves, the city already nurtured a close bond with the sea. Firstly, as a fishing village and, secondly, through overseas trade.

In the middle of the 18th century, many sailors from Lloret travelled to the Americas in search of fortune. These were the ‘Indianos’, or ‘Americanos’, as they were called in Lloret de Mar.

In the year 1778, King Charles III of Spain enacted the Decree of Free Trade with the American colonies, giving many the push they needed to embark on this adventure. During this period, large ships began to be built on the beaches of Lloret. They were destined for the Americas, where many people from Lloret managed to amass a fortune.

Explore the Route of the Americans of Lloret de Mar

Lloret de Mar’s cemetery belonged to the European Cemeteries Route and has been declared a Site of Cultural Interest. It’s one of the primary examples of 19th century funerary art in Catalonia and holds a considerable ‘Indiano’ legacy. 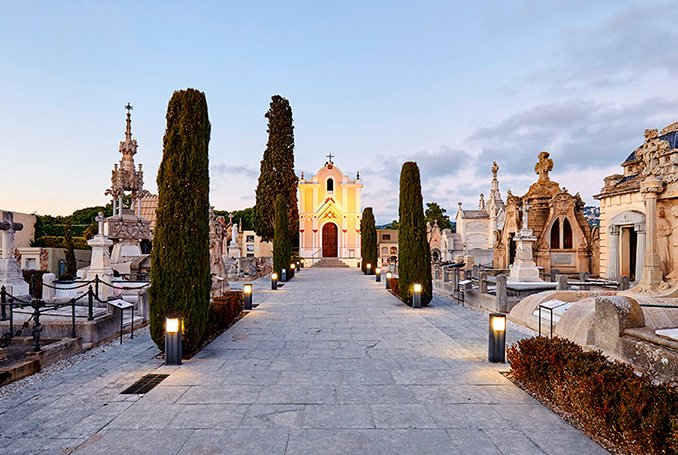 Located on the waterfront promenade, Can Garriga is one of the most important ‘Indiano’ houses in Lloret de Mar. Currently, this house, together with its neighbouring property, is home to the Maritime Museum, where you can learn about Lloret de Mar’s connection with the sea. 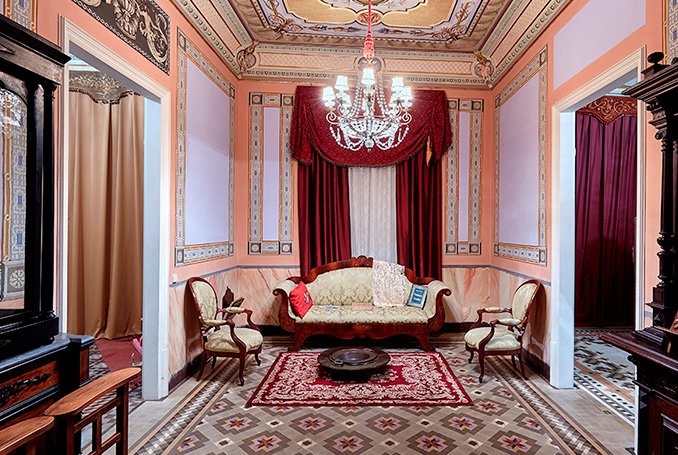 Taking a stroll through Lloret de Mar’s historic centre, you will come across the Church of Sant Romà, the patron saint of Lloret de Mar. The building reflects two very different periods of construction and architecture. 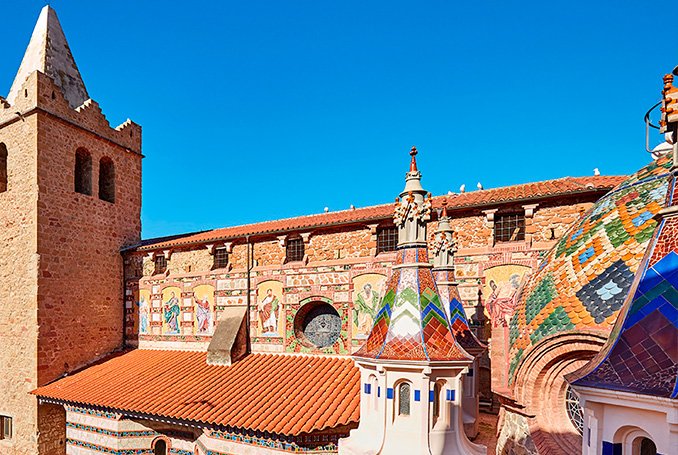 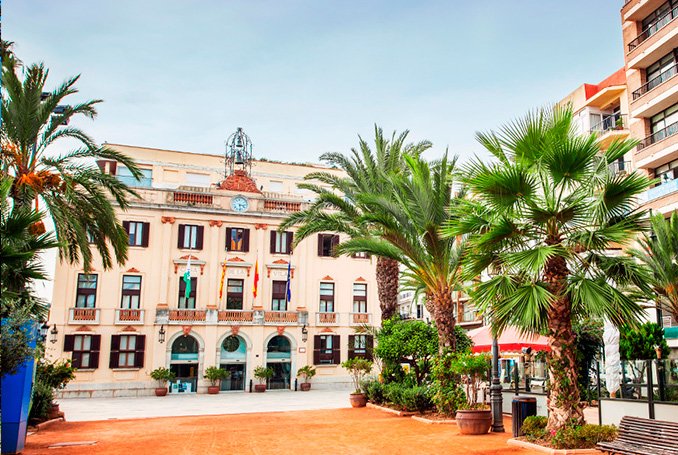 Martí Sureda designed our promenade down to exact measurements (no exaggeration), in an area of land reclaimed from the sea. At one end would be the Town Hall, built in 1872 and designed by architect Félix de Azúa; at the other, Casa Garriga, constructed in 1887. 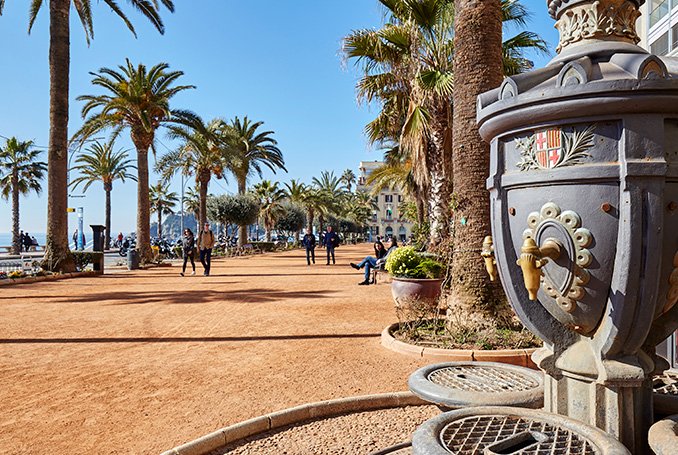 Can Font - The house of Nicolau Font i Maig

Can Font is a building constructed in the Catalan modernist style and is also known as Cal Conde o Can Piuet. It was built in 1877 on the request of Nicolau Font i Maig, its first owner. 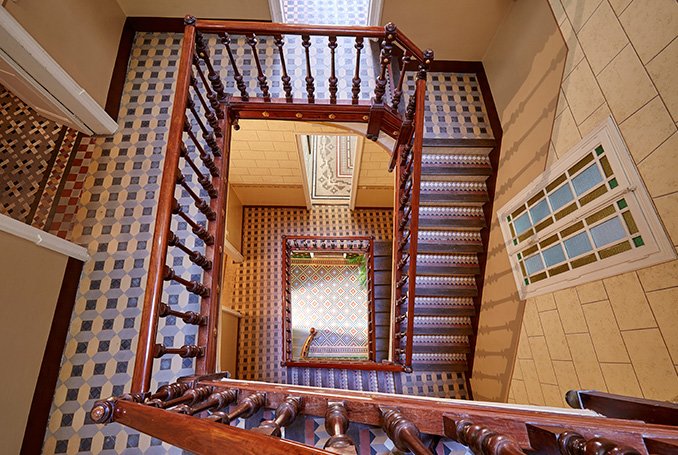 Located 5 km from the centre of Lloret de Mar and surrounded by nature is the Sant Pere del Bosc hotel and restaurant, a restored Benedictine monastery constructed in the 10th century and rebuilt by Puig i Cadafalch in the 19th century. 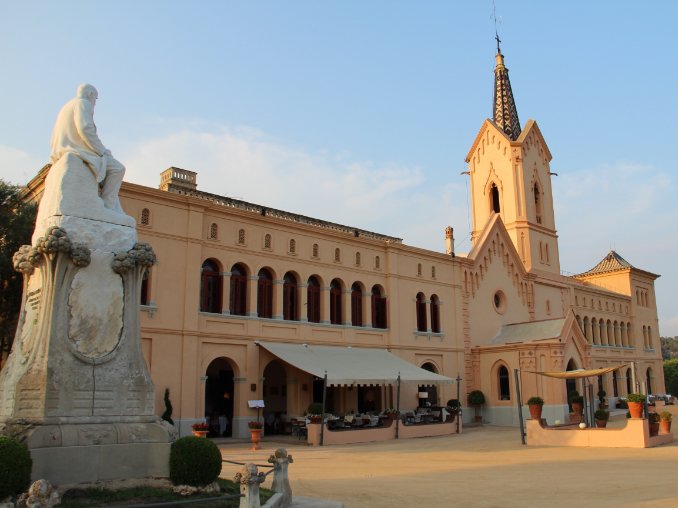 An addition to the Condado del Jaruco – The Angel of Lloret 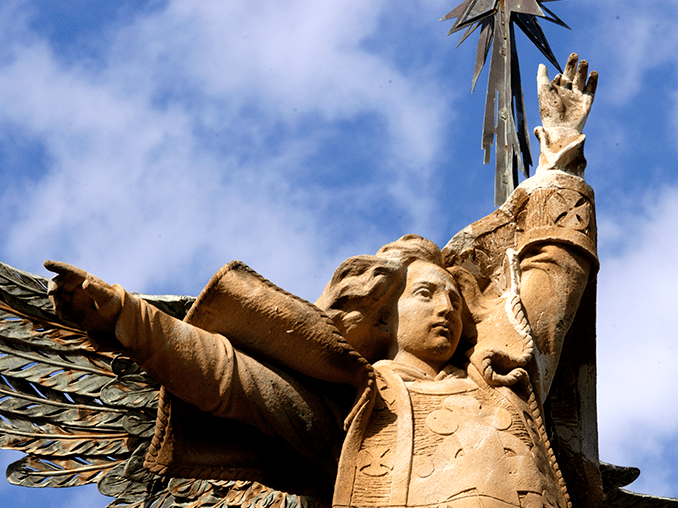 The Wayside Cross and the Chapel of the Virgen de Gracia

If you head towards the monastery, you’ll notice the wayside cross and the chapel-prayer room of the Virgen de Gracia, designed by Josep Puig y Cadafalch with sculptural pieces by Eusebi Arnau. Sant Pere del Bosc trail. 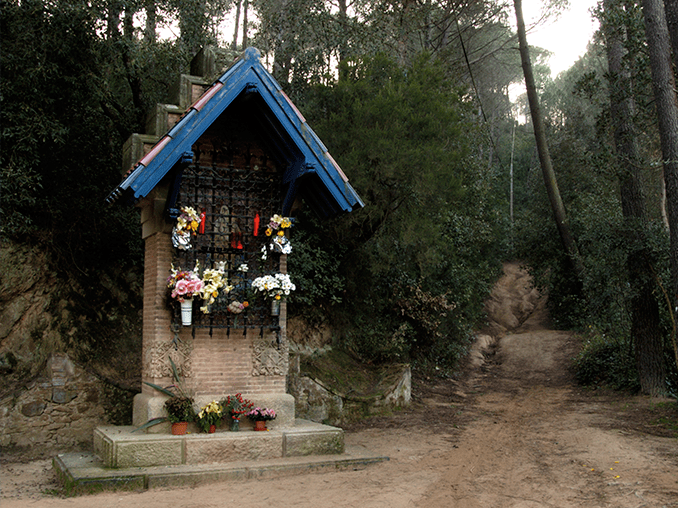 This curiously named alleyway reminds us of a topic associated with the legend of the ‘Indianos’: young maidens who became wealthy widows after their ‘Indiano’ husbands died. A clause in their will obligated them to remarry. 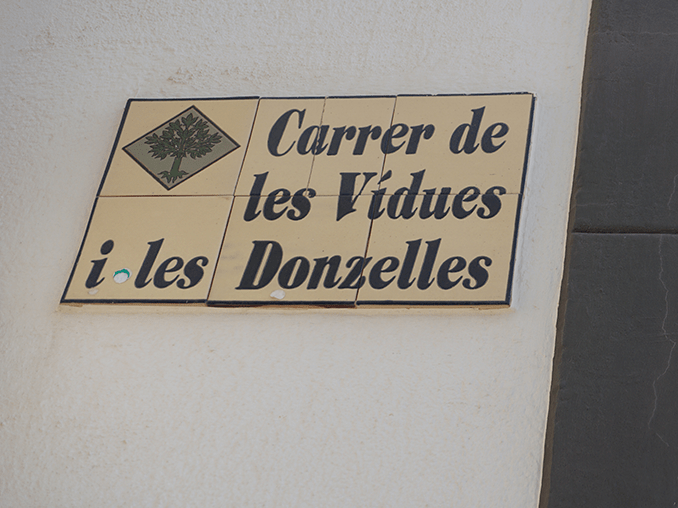