Useful information for your stay in Lloret de Mar

In Lloret de Mar, like the rest of Catalonia, the official languages are Catalan and Spanish, though its tradition of tourism means many people can speak and understand other languages, such as English and French.

The euro (€) is the official currency in the European Union. Currency can be exchanged at banks, ATMs and bureau de change branches in the city.

Banks are open Monday to Friday from 8:30 to 14:00 and Saturdays from 8:30 to 13:00 (banks are closed on Saturdays during the summer). Savings banks in particular are also open on Thursday afternoons, except in summer. There are also several bureau de change offices open daily.

In Lloret de Mar, like the rest of the country, meals are usually eaten later than in the rest of Europe. Breakfast is usually eaten between 9:00 and 11:00 and tends to be quite light. Lunch is served between 13:30 and 15:30, and dinner is eaten between 20:30 and 22:30. Restaurant opening times are based around these hours, though there are some establishments that serve food throughout the day and even 24 hours.

Essential information for your stay in Lloret de Mar

View conditions for our beaches here 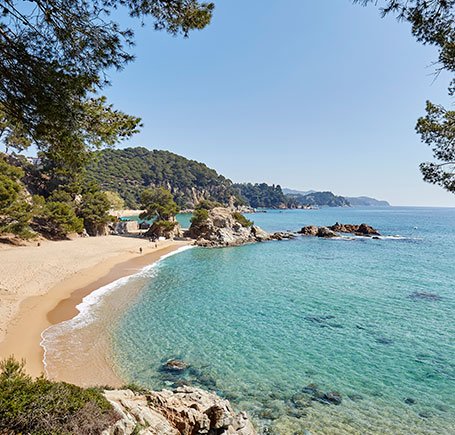